Yes, you might get less over your lifetime if you claim later

Monthly benefits are set so that lifetime benefits are much the same no matter when the average person starts to collect Social Security.

– If you’re in poor health and unlikely to live as long as the average person, you’ll probably get less, over your lifetime, the later you claim. (That’s because you probably won’t get the highter monthly benefit long enough to make up for starting later).

But note: many whose health is poor still outlive the “average person”.

Should you bet that your life will be short?

No one really knows how long they will live. But if you health is OK, you’ll probably outlive the average person. If you’re married and both in good health, the odds are even greater that you or your spouse outlives the average person.

The cost could be quite high if you lose the bet and live “too long”. If blessed with long life, you might barely scrape by in your 80’s.

You don’t have to claim when you retire.

Retiring and claiming are two different things. So if you have enough savings when you retire, you have two options.

– Start collecting right away. That’s what most people do.

– Delay and, while you wait, use a portion of your savings to live on. This option will draw down your savings more quickly, but increase the inflation-proof Social Security benefit you’ll get each month for the rest of your life.

Should you delay or claim right away?

No one wants to draw down all their savings. Savings are valuable as a reserve, can be invested in high-yielding assets, or left as an inheritance. But drawing an income out of your savings, over an extended period of time in retirement, can be tricky. So it could make sense to use some of your assets to live on and delay claiming Social Security.

– If you need to assure you and your spouse a higher basic income for the rest of you lives.

– If you will still have enough savings for “rainy day” emergencies.

You can continue to work after you claim

However, Social Security is designed to replace your earnings when you no longer work. So if you start to collect benefits and continue work before you reach your Full Retirement Age, some of your benefits might be withheld.

Special Rules that raise the benefits of the lower-earning spouse-most often the wife-generally make claiming later an attractive option for married men.

If both husband and wife have claimed benefits, each is guaranteed half what the other would get at the Full Retirement Age (whih used to be 65, is now 66, and will be 67).

Widow(er)s can keep their own benefit or, if they chose, instead claim a survivor benefit equal to their spouse’s monthly benefit.

Ex-spouses are entitled to these benefits if the marriage lasted 10 years.

Husbands can get more for their wives

Most wives will outlive their husband, by about 7 years on average, and most widows get their husband’s higher monthly benefit in place of their own.

A husband can increase the monthly benefit his wife gets as his survivor more than 20% if he claims Social Security at 66, no 62, and 60% if he claims at 70.

*Claiming later could be the most effective way a husband can improve his wife’s long-term financial security.

Social Security is especially good for providing a basic retirement income that you and your spouse can rely on. The income it provides is inflation – proof and keeps coming as long as you or your spouse is alive.

Your chances for a very long life are excellent
Chances that one person in a married couple, both age 62, will live…

Inflation-Proof!
You get more dollars from Social Security if prices rise, so what you can buys stays the same.

Employer pensions and private annuities provide a guaranteed income for the rest of your life.
But they are rarely inflation-proof. If prices rise 3% a year, in 20 years they’ll buy barely half what they do today.

401(k)s, Individual Retirement Accounts (IRA)s, and other savings can be invested in stocks that could produce high returns, saved for rainy days, or passed on to your children.
But high returns bring increased risk, and financial shocks are likely over the course of your retirement. On the other hand, cash in the bank is not inflation-proof.

Work is an important source of income for some retirees.
But few people work past 70. So relying too much on earnings could be a big mistake.

*Social Security will likely be much more important as you age, as other sources of income often dry up.

I will be starting a YouTube Channel in the next week about financial planning. I will be discussing all financial aspects (planning, life insurance, annuities, social security, ect). This is my logo sting (intro) to my new YouTube Channel.

There’s no simple answer. But to maintain your standard of living, you won’t need as much as you currently earn.

You will pay less tax

You won’t need to save for retirement.

The mortgage will probably be paid off (or will be soon).

The kids will probably be out on their own (or will be soon).

To maintain your standard of living, experts say you’ll need roughly %75 of your current income.

If work is difficult, you might want to retire early even if it means having a lower standard of living.

But be careful: You’re talking about a lower standard of living for the rest of your life. You’ll also need money on reserve for medical emergencies, unexpected home repairs, and other “rainy day” expenses.

The later you claim Social Security, the higher your monthly benefit.

As you approach retirement, how long you work and when you claim will usually have a far greater impact on how much income you’ll have in retirement than how much you save or how much you invest.

If you start collecting at age:

How old you are when you claim Social Security has a dramatic effect on the monthly benefits you and, if married, your spouse will get for the rest of your lives. 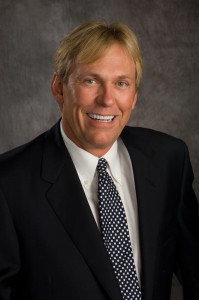 My name is Dale Payne and I am an independent Financial Professional in Colorado Springs. I’ve worked as a Financial Professional since 1986 and as a licensed insurance agent since 1990. With my 28 years of experience, I’ve found that the people that succeed are the ones who planned for retirement. My objective is to help you achieve your goal of financial freedom. My practice is limited to the proper positioning of life, annuities, long-term care coverage and long-term care hybrids.

Credentials – CFP®, ChFC®, CLU®, CDFA®
I am a graduate of the University of Phoenix with a Bachelors Degree of Science in Business Management. I earned my ChFC® (Chartered Financial Consultant) in 2007 and CLU® (Certified Life Underwriter) in 2008 from the American College and my CFP® (Certified Financial Planning Practitioner) in 2012 http://CFP.net.  CDFA® (Certified Divorce Financial Analyst. Additional professional designations of CAS® (Certified Annuity Specialist) and the CFS® (Certified Fund Specialist) with the Institute of Business and Finance. I was also an accredited member of Better Business Bureau for 22 years.

My passion is financial planning and the relationships that result when I make a difference. My other passions are travel, writing short stories, the practice of yoga, and my Miniature Schnauzer, Bella.

I am no longer associated with a broker dealer or FINRA. These are shown only to illustrate experience.